As one door closes, another one opens 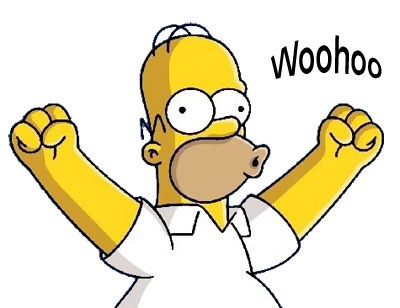 As you may or may not have read previously, Dan recently lost his job (through no fault of his own) which left us a bit in the shit as sadly SMP doesn’t stretch far enough to pay all the bills and still allow you to eat things.

Luckily he’s been working as a fork lift driver since then so we’ve been budgeting and trying to figure out a way to make ends meet – it’s a feeling akin to those dreams you have where you’re randomly fighting someone and when you hit them with all your might, you may as well have thrown a cotton wool ball at them – through jelly??

After a few weeks of worry, today Dan has been offered a new job.

I’m over the moon! Our cars are both fucked and now we can Un-fuck them!

Nina can have the ‘purple pram’ she’s been wanging on about for the last few weeks – ‘need to buy it from the shop mummy’.

I can now look at her nodding furiously with that big, beautiful smile on her little face and not have to wish we had magic beans to make it all ok.

Both the girls have been asleep for ages.

10 Things that Happen when one of your Kids is Ill