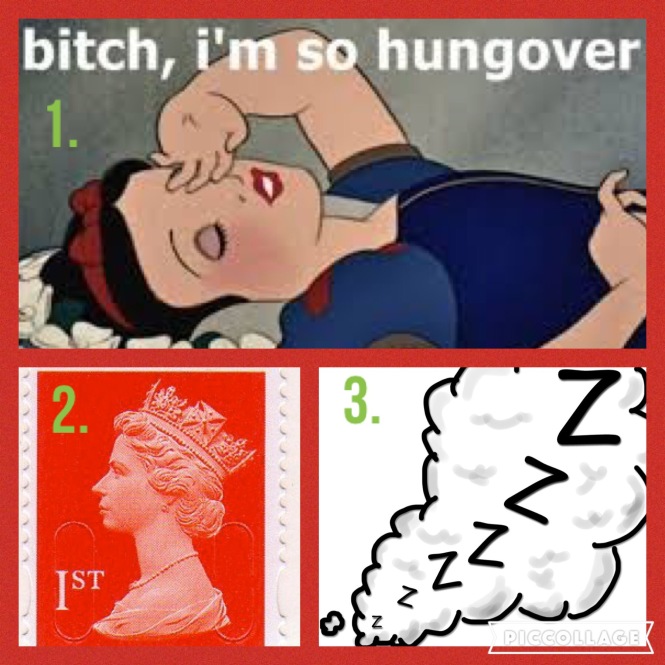 Tonights beers were not so kind, either that or they have joined forces with the beers from last night to make me feel super rough.

I woke up at 01:30 in the sauna that was my bedroom as Nina had decided to join us in bed. Sometimes this is ok but tonight I couldn’t handle her breathing her hot breath in my face, adding to my already severe discomfort.

I led her back through to her room and climbed in with her for a minute before Bobbi piped up.

I went through to collect her to find that she has turned into she -hulk baby and reduced her cot to firewood – she can’t possibly go back in there until it’s had some attention (wood glue? String and chewing gum?) so she had to come in with us for the rest of the night.

She’s entered the ‘bucking bronco’ stage too – which is nice.

I fed her and knew I needed to replace the precious liquid as soon as possible – as she quenched her thirst I felt myself dehydrate more.

Nina had came back through and was shuffling in the doorway refusing to budge, mumbling something inaudible so I had to tell her to bring her pillow and climb in the bottom of the bed.

She brought her blanket too ??

I needed her to go to sleep so I could pass out again and escape my hangover.

She wanted to put her feet on my legs – they were warm and made me uncomfortable but I decided to suck it up as it was making her happy (and quiet).

I thought I had chosen my moment perfectly as I decided to take Bobbi and go to sleep in Ninas bed – it was a mistake – Bobbi woke up and declared play time so we had to go downstairs.

3. The perpetual sound of Dan.

Now I’m drinking coffee, watching Hollyoaks and longing to be reunited with my duvet once again ??

A day in the life of me